Top 10 Places To Visit In Bengaluru

Posted by: Ginger Hotels
20 Sep
No 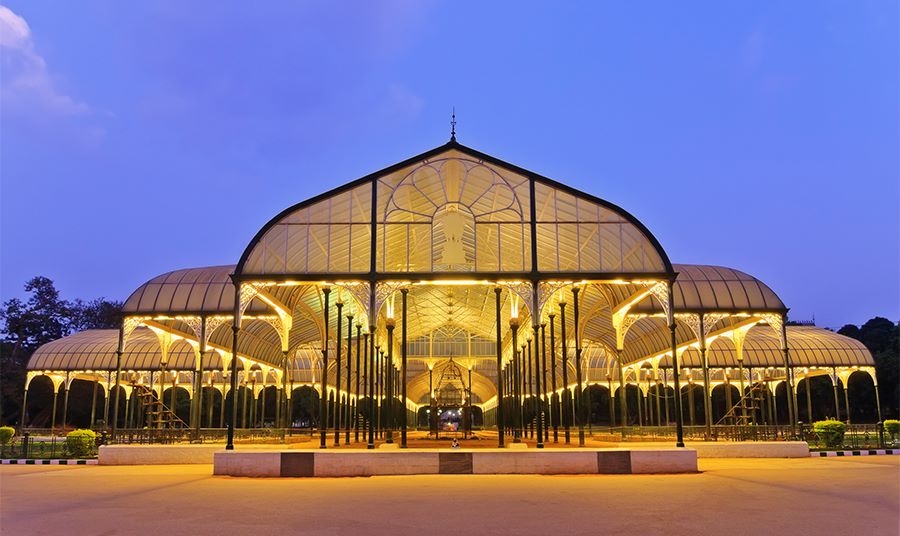 The city of Bengaluru, also called Bangalore, is the capital of India's southern Karnataka state. The city is India's high-tech industry, it's also city is also known for its parks and nightlife. The numerous tourist places in Bangalore make it one of the most happening cities in the southern part of India. The Silicon Valley city is a melting pot of many experiences like adventure, architecture, relaxing, and sprawling nightlife in the city.
There are many beautiful spots in Bangalore that you can visit on your trip here. Below are the top 10 places in Banglore that you must visit:

The ISKON Temple Bangalore, also known as Sri Radha Krishna-chandra Temple, is one of the largest Krishna Hindu temples in the world, affiliated with ISKCON Revival Movement. It is located at Rajajinagar, in North Bangalore in the Indian State of Karnataka. It is one of the most famous temples in Bangalore and is recognized as one of the famous places to visit in Bangalore.

The Lalbagh Botanical Garden, located in Bangalore, is a nationally and internationally renowned centre for botanical artwork and scientific study of plants. Visit the Botanical Garden to witness unique species of plants and flora present here.

3.    Bannerghatta National Park
One of the best places to visit nearby Bangalore on road trips, the Bannerghatta National Park is situated only 20 kilometres away from the city. This park is maintained by the Government and offers exciting safaris, with glimpses of the famous Bengal tiger, elephant and a lot more. This destination will be a sheer treat for animal and nature lovers!

If you're an art enthusiast, you have to visit the National Gallery of Modern Art which is the third of its kind in India. The gallery is full of works from the early 18th century till India's Independence, as well as a large number of artworks from modern and contemporary artists.

The summer residence of the Mysorean ruler Tipu Sultan, the Tipu Sultan's Summer Palace, in Bangalore, is an example of Indo-Islamic architecture. It is a prominent landmark of Bangalore, and you can visit this majestic yet elegant palace to see the intricate Islamic style architect.

Vidhana Soudha is amongst the most impressive as well as the most magnificent buildings in Bangalore, houses the Legislative Chamber of Karnataka Government. It is not open to the public, but you can witness the neo-Dravidian architecture which is stunningly illuminated at night.

The Bangalore Palace was the private residence of the royal Wodeyar family. Built for Chamaraja Wadiyar X, the palace was designed taking inspiration from England's Windsor Castle. Visit this palace to witness Tudor-style architecture with fortified towers, arches, green lawns, and elegant woodcarvings in its interiors.

If you're someone who gets excited at the thought of watching a beautiful sunset surrounded by majestic hills and greenery, this is the place for you!  Gather your family and visit this serene place to get a taste of the beautiful landscape here.

If you're a fan of amusement parks, Wonderla Bangalore is a must-visit place for you. Wonderla offers a gala time to the visitors with more than 50 wet and dry rides and is an excellent place to visit with family and friends. What's more, Wonderla even has 5 treatment plants to recycle, process and filter all types of water!