[Skip to Content]Privacy Policy
CORONAVIRUS / COVID-19 Update: The safety and wellbeing of our guests and associates is of paramount importance to Ginger. Learn about the precautionary hygiene measures we are implementing as well as steps we are taking to give you more flexibility with your travel planning CLICK HERE.
×
Book Your Ginger
Overnight Stay
tab select - day roomsDay Rooms
HomePartner With UsGinger Growth Story
Ginger Growth Story

How We Became One of Top Hotel Chains in India

Ginger is one of the fastest growing hotels in India, with a planned growth of 10 new hotels a year. We opened our doors in June 2004 as a single, no-frills hotel in Bangalore under the name of IndiOne. This was later renamed Ginger Hotels. Along with Ginger Bangalore, Ginger Bhubaneswar and Ginger Mysore were our frontrunners. Over the past nine years, Ginger has been established a multi-locational presence in each metro and major city in the country. 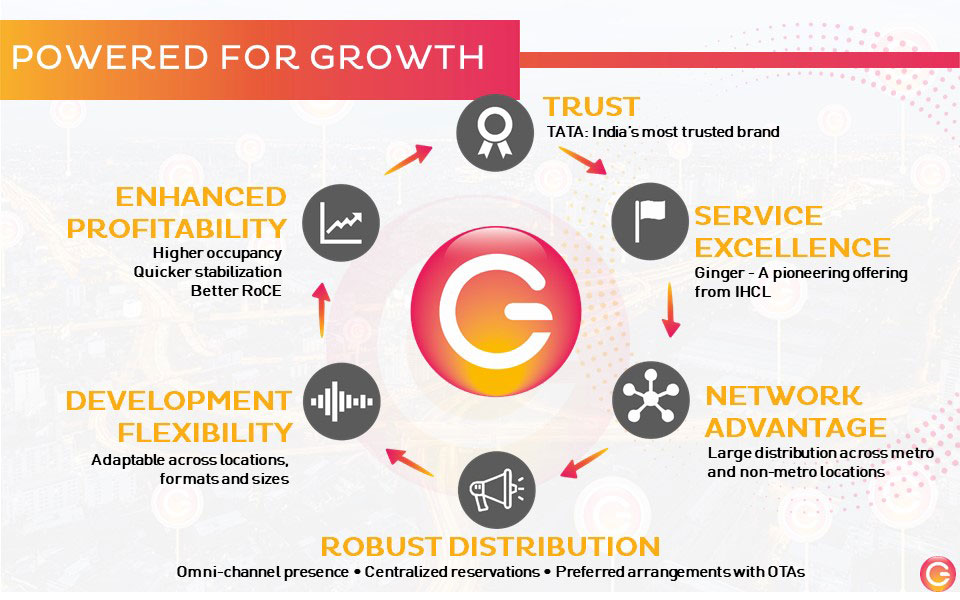 Take advantage of our online booking service and reserve your rooms today, click here-Ginger Growth Storyclick here. You can also email us your reservation details at book@gingerhotels.com

Get customized package rates to suit your requirements  Register Now